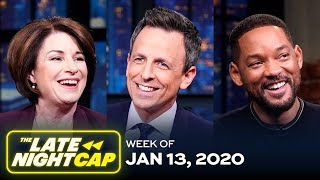 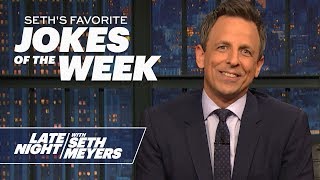 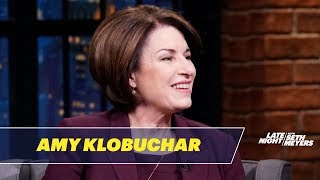 Sen. Amy Klobuchar Worked as a Construction Worker During College 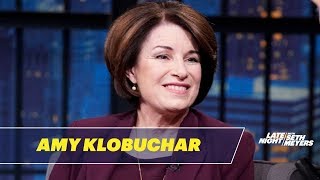 Will Smith Barely Kept It Together When He Met Eddie Murphy

Kevin Costner Taught Bobby Cannavale How to Ride a Horse

The Late NightCap: Trump Emerges from Spaceship to Deliver Speech on Iran

Amber Says What: The Cats Movie, Sharon Stone on Bumble

Larry David and Seth Discuss Their Mutual Distaste for the Beach

What If Everyone Had Their Own Larry David?

Larry David Reads a Message Left for Him by J.B. Smoove on the Late Night Set

Giancarlo Stanton Blew His Chance to Get with Tiffany Haddish

M. Night Shyamalan Would Be Disappointed if His Kids Didn’t Pursue Creative Careers

M. Night Shyamalan Pranked His Mother-in-Law with the Fake Baby from Servant

J.B. Smoove Explains the Difference Between Life for Larry David on TV Versus Real Life

Rachel Maddow Discusses Iran’s Retaliation Against the US

President Trump Is the Third President to Be Impeached

Trump Melts Down at Rally After Getting Impeached: A Closer Look

Best of Star Wars on Late Night with Seth Meyers

The Kind of Story We Need Right Now: 82-year-old Bodybuilder Beat up Burglar

Every Crime President Trump Has Ever Committed

Rep. Adam Schiff Talks About Giuliani’s Capacity as a Lawyer and Impeaching Trump

Keri Russell Dishes on Her Mysterious Star Wars: The Rise of Skywalker Character

Trump Is "Surprised" He's Being Impeached for Ukraine Scandal: A Closer Look

At This Point in the Broadcast: Pennies

Alex Borstein Flew In from Barcelona to Audition for The Marvelous Mrs. Maisel